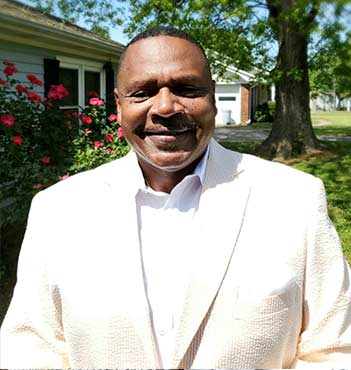 Rev. Dr. Walter R. Belton is a native of Ridgeway, South Carolina, where he received his education through the Fairfield County Schools. Dr. Belton is married to the former Sharon Elaine Lewis. They are the proud parents of four wonderful children, Daphne Qualls, Moesha Belton, Antronethia Belton, and his son, Josiah Belton.

Dr. Belton received his Doctorate Degree on June 6, 2015 from the Carolina College of Theology. He is also certified in Pastoral Studies from ITC. He is a passionate, profound, and prolific preacher of the gospel of Jesus Christ. God has given Dr. Belton the ability to preach the complexity of scripture in a very simple and practical way that those who hear receive a very clear message from God.

After preaching for over fifteen years and serving as pastor for eleven years, it has become clear that Dr. Belton is a chosen vessel of God to proclaim the Word to this lost generation. With a passion to lead and teach the people of God, Dr. Belton has had the privilege of baptizing hundreds of individuals into the Kingdom of God. His passion to reach the least, lost, and the left behind is the driving force behind his ministry. For the last six years, thousands of individuals in the upstate and surrounding areas were blessed each Sunday morning to hear this anointed preacher proclaim the Word of God on his weekly television broadcast, The Word of Change.

There are many who are satisfied with having what some call a large successful church, but Dr. Belton, unlike many, chose to leave a successful traditional church to answer a call from God to launch a ministry that focuses on lost and un-churched people. After serving his previous church for eleven years and growing that ministry from thirty two members to over three hundred in attendance each Sunday and more than a thousand on roll, Dr. Belton left to plant a new church that would reach un-churched people.

Dr. Belton has the heart of a pastor, the courage of a warrior, and the vision of an eagle. He has been sent for such a time as this to proclaim the truth of God's Word. The Kingdom of God is blessed to have a voice crying in the wilderness of our society so the world can hear that Jesus is still Lord.